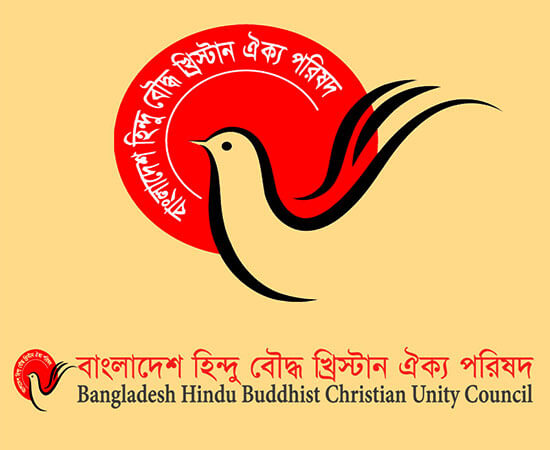 In search of
Democratic and Secular South Asia

Bangladesh was a part of Pakistan which emerged on communal Two-Nation Theory. The rulers who ruled Pakistan since 1947 till 1971 ruled East Bengal subsequently East Pakistan as their colony. Soon after the birth of Pakistan, the rulers adopted minority cleansing policy with the definite goal of establishing Pakistan as an absolute monolithic state through discrimination, deprivation, persecution and extermination and also minimizing the majority Bengali population into a minority one. 29.7% of minority population of East Bengal, i.e., East Pakistan came down to about 20% within the first 24 years of Pakistan. Religious and ethnic minorities in Bangladesh are identified to be Hindus, Buddhists, Christians and about 45 indigenous groups.

Against the colonial exploitation of Pakistan, the Bengalee populace as a whole irrespective of caste, creed, religion or sex fought for independence in 1971 with the object of establishing equity, equality and social justice for all the citizens of the country and ultimately Bangladesh was born on 16th December, 1971. On the basis of the Proclamation of Independence, the Constitution of Bangladesh was adopted by the Parliament on November, 1972 with secularism as its one of the State Principles.

But it is a matter of great misfortune that soon after assassination of the Father of the Nation Bangabandhu Sheikh Mujibur Rahman, secularism was abolished from the Constitution through Martial Law Proclamation. The Military and Autocratic rulers of Bangladesh adopted the same policy and treatment on the minorities as practiced in the first two decades in East Pakistan and thereby the democratic secular Constitution turned into a communal one through the insertion of ‘Bismillahir-Rahman-Ir-Rahim’, replacement of secularism by the words: “Absolute trust and faith in the almighty Allah” and subsequent insertion of Islam as state religion. Since 1975 deprivation, discrimination, persecution and extermination have become the day to day affairs. Although after three decades, secularism has been restored again in the Constitution through 15th Amendment by Sheikh Hasina’s regime but ‘Bismillahir-Rahman-IR-Rahim’ and Islam as a state religion are still in existence.
The systematic and widespread atrocities on minorities are still continuing by the forces who opposed the liberation war, i.e., the communalist and fundamentalist forces. Within the last 42 years since 1975 till 2006, these forces were in power, and now they are active in the political field. Thousands of incidents have already occurred. In the last year, about 761 households, 193 commercial enterprises of the religious minorities were destroyed and set on fire. 247 of their religious worship places and many deities were vandalized. Even in the last 20 days (January 1 – January 20, 2015) three persons were murdered, 80 Saraswati Deities were demolished, 51 families have been forcibly ousted from their abodes, mother and daughter were raped. But it is a tragic scenario that the country has not yet come out from the culture of impunity to the perpetrators due to lack of enactment of special law as well as lack of administrative and political will of the government.

It is true that there is no Blasphemy and Anti-Conversion Laws in Bangladesh but the minorities suffered a lot since Pakistan period till to-date for the continuance of Enemy (Vested) Property Act. It is to be mentioned here that the Enemy Property Ordinance promulgated by the Pakistani rulers during 17-day War between India and Pakistan in 1965. But the Ordinance continued as an Act with the object of inflicting inhuman condition on them by squeezing the properties of the minorities. The said Enemy (Vested) Property Act although was repealed by the Parliament on 23 March 1974 during the regime of Bangabandhu Sheikh Mujibur Rahman but the same was again put to practice by the Military and Autocratic rulers who seized the power after the assassination of Sheikh Mujib to drive away the minorities from their hearth and home and to compel them to leave the country. By using this racist law, successive governments have seized 2.5 million acres of Hindus’ land, which was then given away to the Muslims by 2001 (International Religious Freedom Report 2001). Recently, in the year 2012 Parliament has enacted Vested Properties (Restoration) Act to restore the properties of the minorities, but the miseries of the sufferers has not yet ended due to extortion and conspiracy of vested interests and quarters of the administration.

The Land Registration Act is globally a secular one, but was made discriminatory in 2004 in a section by stating that a Muslim who will make Heba, i.e. gift will have to pay only BDT 100/- for registration of the land irrespective of its value, which was not applicable for the non-Muslims, resulting in paying a large sum of money as registration fee as per the value of the land. Recently, the discrimination has been removed by the Parliament making the same amount of registration fees applicable to every citizen of the country irrespective of their religious faith if they want to make a gift of immovable property. However, the execution is being hindered by the administration through extortion. The communally inspired discriminatory attitude of the erstwhile governments as well as vested interested group of this government lying in the administration facilitate the distressing migration which is quite unexpected in a democratic country having constitutional mandate for secularism.

Thus, human rights of Bangladesh’s minorities is being violated both at the governmental and societal levels. They have included routine humiliation by addressing the minorities as ‘infidels’, ‘malauns’, ‘Indian Agents’ etc., blatant discrimination in access to higher education, job & business opportunities, disenfranchisement, extortion, incarceration by implication in fictitious cases, vandalism and destruction of deities, temples, churches, pagodas and missionary schools, forced conversion, abduction, rape, forced marriage with the rapist, gang rape. Creation of hatred between communities is a good way for the majority Muslim politicians to grab Hindu property.

All of these above mentioned discriminations result in less participation of minorities in educational institutions, political parties, parliamentary and cabinet representation, reputed work sectors, military forces, government jobs and other spheres of public life. Reluctance of governments in sending law enforcers to crime spots of atrocities on minorities, ensuring rights of the minorities and according sufficient opportunities for their involvement and contribution to the development sector of the country.

In educational institution students from minority communities often encounter harassment which is dreadfully disgracing for a secularist country where all kinds of discrimination have been strictly ousted by constitutional safeguards. Nevertheless, these so-called safeguards cannot be termed as more than mere toothless elementary expressions without any enforcement when we found a Muslim teacher to teach religion class on Hindu, Buddhist and Christian religion in a higher secondary school without having any formal education in these fields. We will be nothing but repulsed to think the opposite scenario. This again raises question about the recruitment procedure of teachers in educational institution and shows that few minority teachers are being recruited which is nothing but an example of partisanship. Doubtful role of the pretended secular forces playing in the political arena of Bangladesh is another unfortunate phenomenon of scenario.

During the nine months of our Liberation War of 1971, religious minorities particularly Hindus were massacred brutally. As quoted by Anthony Mascarenhas, Hindus were set as the second target group of 1971’s genocide because they were identified as inborn anti-Pakistani due to their religious belief. They were forced to be converted into Islam, Hindu females were raped mercilessly and children were no exception to the slaughter. As a result of the most atrocious massacre, eight to ten million people, who were mostly Hindus, fled the country at the time to seek refuge in neighboring India. In the event of these atrocities and injustices this section of the population face the problems and limitations like: (a) absence of valor, (b) fear of facing litigation, (c) absence of economic support,(d) absence of sufficient support from legal aid committees and other social organizations,(e) high sense of frustration in receiving justice.

The horrific era has been passed long ago but we are still bearing the legacy and minorities are being oppressed by the communal and fundamentalist vested forces, either in the political party or in the government or in the administration. Even in Public universities minority students are being maltreated both academically and administratively which is very distressing. There is every possibility of continuance of repressive and discriminatory measures against such minorities in other South Asian Countries.

As a lawyer representing victims of religious violence in Bangladesh, I have expressed my experience very briefly. I feel we, the people of entire South Asia irrespective of religious faith and belief, should work unitedly to ensure an absolute democratic and secular environment for emancipation of every one, no question what colour or religion or belief or sex one belong.

Before concluding my presentation I like to put forward the following recommendations for your consideration and acceptance as end-results of our discourses:
1) Abrogation of religion-based and communal education system.
2) Nullification of communal laws, rules and practices which are promoting hatred and creating disharmony among different religious traditions.
3) Opening dialogue with all the state governments of this region in the sprit of the agreed recommendations of this meeting.
4) Constitutions of all countries of this region be made democratic and secular.
5) Lawyers’ Forum in each country of this region and an apex body of all South Asian Countries be formed through holding an organized conference.
6) Mobilization of financial resources with a view to extending economic and legal aid to the victims of bad laws and rules in the South Asian Countries.

Atrocities on the religious and the ethnic minorities of Bangladesh

7 Hurt in attack on religious programme